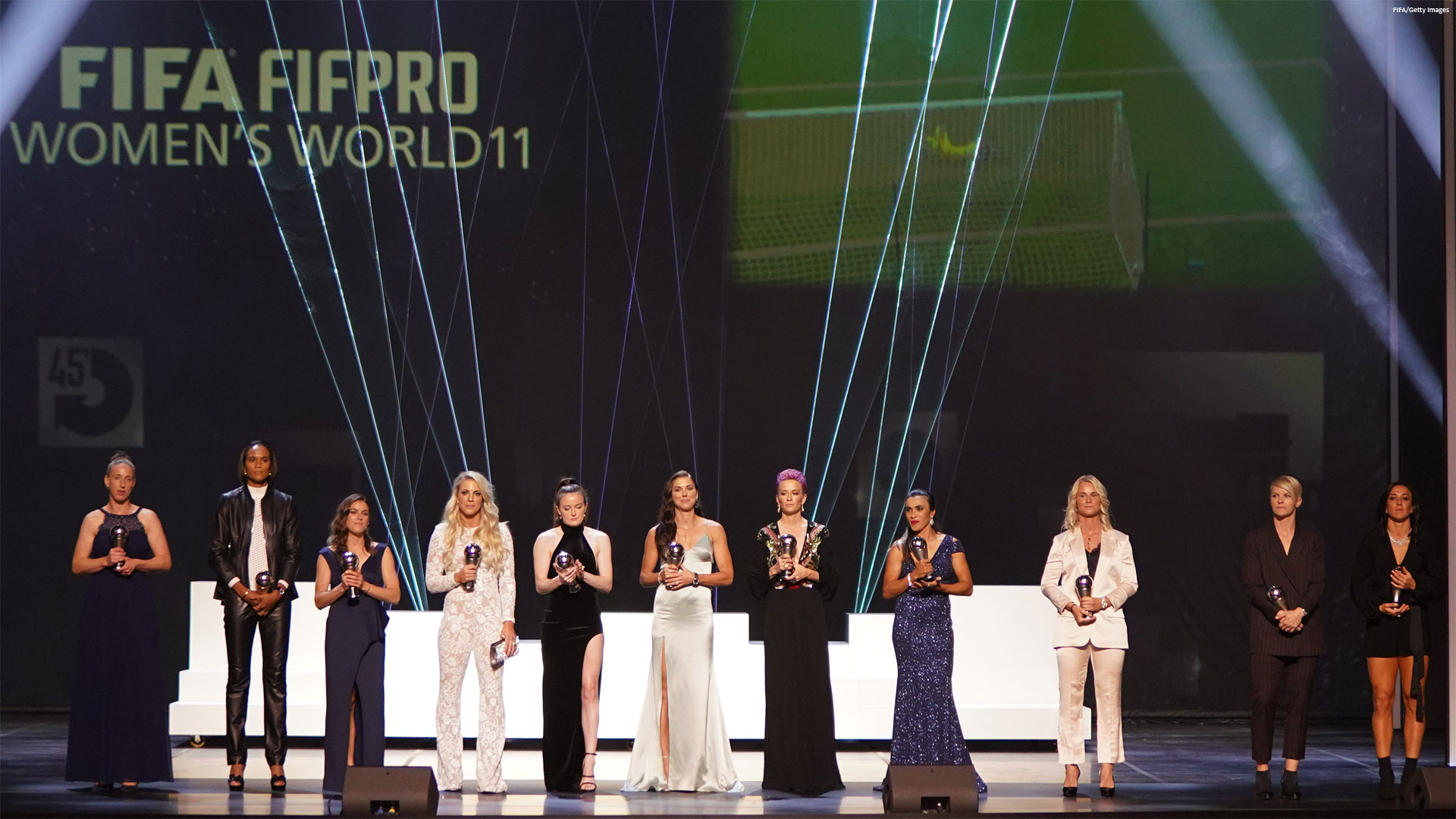 Alex Morgan and Megan Rapinoe are among 5 players of the United States national team voted in the 2019 FIFA FIFPRO Women’s World 11.

Julie Ertz, Rose Lavelle and Kelley O’Hara are the three other American players who were part of the team that successfully defended its World Cup crown, this summer in France.

FIFPRO, the World Player Union, invited top female footballers worldwide to pick a team with 1 goalkeeper, 4 defenders, 3 midfielders and 3 forwards based on their performance during the 2018-2019 season. More than 3,500 female footballers in 40 countries filled in a ballot. The players with most votes in their position were selected for the World 11.

For the first time, the Women’s World 11 was presented by FIFA and FIFPRO during the Best Football Awards, this Monday at Milan’s Scala theatre.