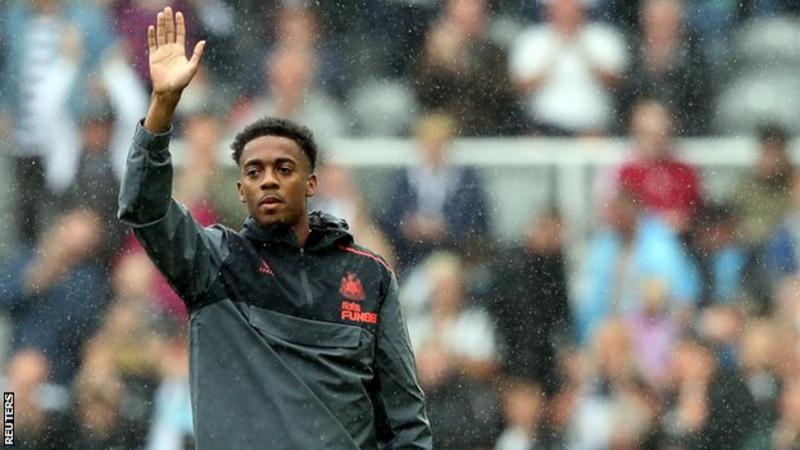 Newcastle midfielder Joe Willock says he has considered quitting social media over racist abuse he receives on a daily basis.

Speaking to BBC Radio Newcastle, the 21-year-old added he still continues to use the platforms due to the “wonderful fans” that support him.

“I don’t want to lose that connection with the everyday supporters,” he said.

Willock completed a move to St James’ Park from Arsenal on a six-year deal last week.

The England Under-21 international feels social media sites need to “step up” to eradicate the problem which has seen a number of black footballers targeted with abuse across the various platforms.

“Every day I get messages,” he said. “Messages saying about my colour or different things that are disgusting, really.

“There’s not much you can do – you just have to try and ignore it. I don’t think Instagram, Facebook and Twitter have put up enough of a fight for us to do anything else.

“I feel like the only thing you can do in this day and age is just ignore it and try to put it at the back of your head.

“It comes up on your phone and they have a way of direct messaging you on to your phone these disgusting things and it sort of hurts. It hurts a lot – even speaking about it.”

Despite the difficulties he and other players have faced, Willock stressed that a close relationship with supporters is the main reason behind his decision to stay active online.

Willock scored eight goals for Newcastle while on loan at the club in the second half of last season.

He missed the Magpies’ 4-2 home defeat by West Ham last Sunday but will be available for the trip to Aston Villa this Saturday.