Leicester City Women: From car parks and tin sheds to the WSL

Leicester City’s promotion to the Women’s Super League has been rapid.

They have risen through the leagues to the top table for the first time in their history and they are not intent on stopping there.

It is only a year since the women’s team became a full-time professional outfit after it was acquired by King Power – the owners of Leicester City’s men’s team.

Manager Jonathan Morgan has been at the club for seven years and this season led them on a 12-game winning run as they wrapped up the Championship title with two games remaining.

But what role has the Morgan family had in Leicester’s success? How has the club made history and what is next? 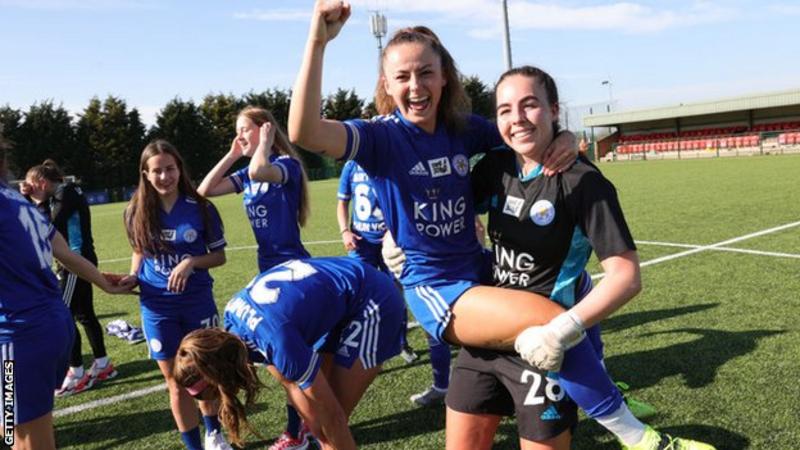 When Morgan joined the club there were just 12 players, they were getting changed in tin sheds, paying for match subs and training in car parks.

There was a former goalkeeper who worked nights at a prison and Morgan would drive to pick her up at 4am so she could get home quicker to sleep before matches.

But it is those struggles which Morgan says “keeps me humble” and makes achieving promotion feel “even more special”.

“I will never forget where we started. This is my hometown club and it’s a bit of a family venture,” he told BBC Sport. “It makes me really appreciate everything more.

“To build such a strong squad over the seven years, go up through the different leagues and have the journey we have been on. To finally get to the top of the women’s game is something that’s really special to me and my family.”

Now the women’s team are training in a new state-of-the-art facility at Belvoir Drive. They have three pitches, a gym and are fully professional.

But it hasn’t always been that way.

Leicester forward Hannah Cain, who joined from Everton in the summer, says the team “began the season on a pitch which was so bobbly” and they had team meetings in a “freezing marquee”.

“There were tractors going past and we couldn’t even hear what Jonathan was saying – we just pretended we could,” she joked.

“We get treated now as if we’re the men’s squad. That’s very rare in women’s football. We have our own facilities and even the staff around those facilities treat you as if you’re a professional who has been playing for 25 years.

“It’s helped us to get that promotion because every single day we have been on it. At the start of the season we were playing on a park. Everything has changed.”

‘We have done it together’ 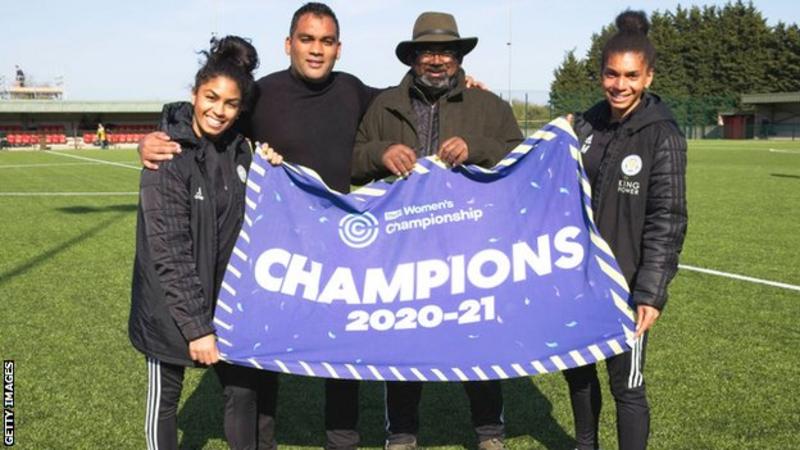 Manager Morgan is just one key member of Leicester’s success.

He was joined by his sister Jade, who became general manager in 2015. His other sister Holly, currently team captain, and his father Rohan, now chairman, have been involved throughout.

“We used to struggle to field a team when Jonathan first came in,” said Jade. “I used to play to help out. It is even more rewarding now because we have been on that journey.

“We have experienced the highs and also the lows. We have always been very progressive and we knew where we wanted to get to. Now we’re here, we’re already thinking ‘what’s next?'”

Jonathan added: “There’s been a lot of arguments over the years. We had a little glass of Champagne together to celebrate as a family. You dream big and you have ambitions, but to get there, we have done it together.”

Jade says she feels “an overwhelming sense of pride for everybody involved” but the club’s success has not just happened overnight.

Serious discussions over investment have been in place since 2018. The next step is to invest in the youth pathway and to become sustainable.

“We’ve come to the end of our first five-year strategy. We’ve actually realised this dream and completed it,” she added.

“Now we want to finish mid-table [in the WSL], then be in the Champions League, then win the WSL. We are a progressive club and nothing is off the table for us.”

Forward Cain says the club have “never held anything back” and it was their “bold” and “honest” ambition which attracted her.

“They said this would happen. Now to be able to say everything they told me at the start has actually happened, that doesn’t normally happen,” she added.

“It hasn’t sunk in for me. It’s absolutely mad.” 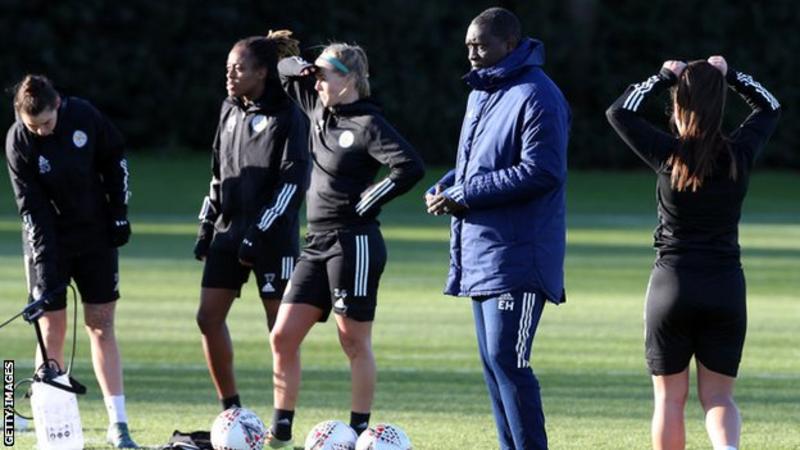 Former Leicester and England striker Emile Heskey started an ambassadorial, coaching and mentoring role with the women’s team this season – something which he describes as a “great experience”.

“It’s weird because I went to watch them play at Oadby Town about 15 years ago. Holly [Morgan] was playing then. Now I’m a part of it and it’s great to be around this environment,” he added.

“Nobody knew we would be in a pandemic and everything would be locked down but the club have stuck by their word by backing the women’s side. We are reaping the rewards for that.

“Hopefully that will help the strategy going forward where we are not just looking at being a participant in the WSL but trying to upset the hierarchy.”