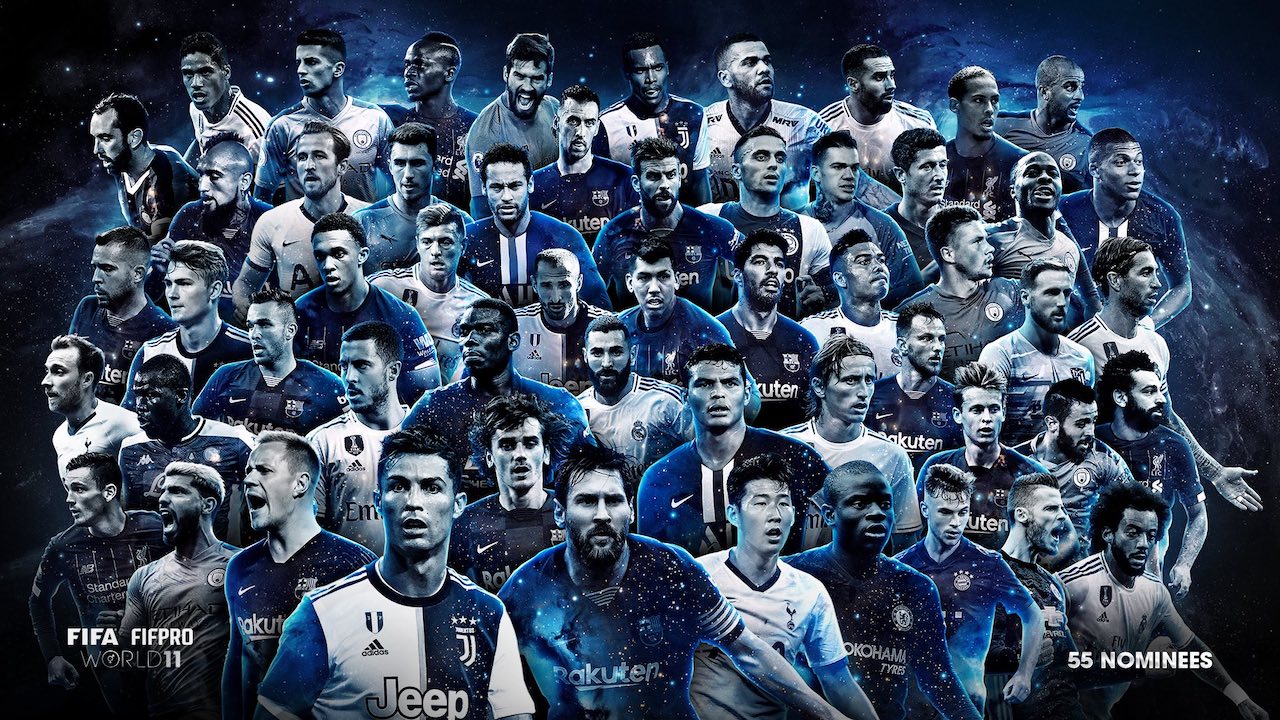 Hoofddorp, The Netherlands – 05 September 2019 – For the first time since 2009, English clubs have the most players on the list of 55 footballers with most votes for the 2019 FIFA FIFPRO World 11, which is revealed today.

The Spanish Liga Spain was on top during the previous 9 votes, but came up one player short in comparison with the Premier League: 20 versus 21 players.

European club champions Liverpool lead the Premier League clubs with 7 selections, although Barcelona and Real Madrid still have more players on the list.

South American champions Brazil have 8 players on the list excluding Marcelo and Neymar, who were not a member a Brazil’s Copa America squad.

More than 23,000 professional footballers voted for the 2019 World 11, selecting 1 goalkeeper, 4 defenders, 3 midfielders and 3 forwards who were the best in their position during the 2018-2019 season.

The 11 players who received most votes on their position earn a spot on the World 11.

FIFPRO and FIFA reveal the World 11 on Monday September 23rd during the Best Football Awards in the Milan Scala.

The 55 most voted players are (in alphabetical order):