SAFP and FIFPro are greatly concerned at the existence and the practice of the decision-making arbitration body CAS. The worldwide footballers’ association calls on the entire football family to take action against the controversial CAS-policy. 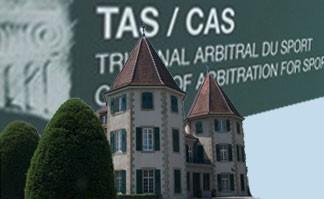 CAS is the appeal body for FIFA DRC decisions. In the first years after the introduction of the DRC in 2001 most of the decisions of the FIFA DRC were confirmed by CAS. But in the past few years – especially after the Webster case in 2008 – FIFPro has noticed a different approach by CAS. Many important CAS-rulings deviate from the FIFA DRC decisions. Most of the time this approach is not favourable for players, for example the Matuzalem case and the El Hadary case.

Momentarily, CAS is not subject to any form of democratic control and it is a constant subject of discussion within global professional football.

SAFP and FIFPro have strong concerns regarding the following issues:

For these reasons SAFP and FIFPro proposes the following resolution:

SAFP and FIFPro calls on the football federations, employers organisations and workers organisations in professional football, and invites FIFA to establish and safeguard that the principles like those agreed upon in 2001 with the European Commission and with FIFPro will also apply in the procedures with the Court of Arbitration for Sport (CAS/TAS).

In particular, SAFP and FIFPro refers to the following measures: