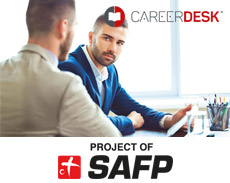 A help desk in Switzerland and CV database in Scandinavia were among projects presented to more than 40 union representatives at a three-day seminar at FIFPro’s offices in Hoofddorp, the Netherlands. “Players call us telling I need a job, what can you do for me?” Michele Evans, who is responsible for education at PFA Scotland, said. “It is sometimes quite scary, because you have somebody’s future in your hands. “More and more players are becoming aware that it is important to think about a career after football. Their salaries are low and clubs are constantly releasing footballers.”

The unions of Denmark, Norway, Sweden and Finland presented their Job4Player program (LINK:http://www.fifpro.org/en/news/nordic-countries-launch-players-cv-database) and the Swiss union discussed a career desk, which will be launched this year. Also at the seminar was the International Rugby Players’ Union, which explained how it tries to look after the physical and mental welfare of their players after they quit. “There was a vast exchange of information and the participants were working closely together in workshops trying to create plans for the future,” Frederique Winia, FIFPro’s Director of International Relations & Member Services, said. “There is a great disparity in the resources of our members. For example, the English PFA is far more advanced than Montenegro due to a combination of experience and finances. For our Montenegrin union it is impossible to do the same as the English union, but they can absorb the information and with some creativity can find a way to make use of the knowledge and ideas that were shared.”

The seminar also discussed the recruitment for the upcoming (2016-2017) FIFPro Online Academy (LINK: http://www.fifpro.org/en/players/education/fifpro-online-academy) schoolyear. The deadline for applications is 1 May, with the University College of Denmark selecting highly motivated students. Player unions are advised to send their applications before 1 April. Markus Juhola, the President of the Finnish player union, JPY-FPA, said the CV database launched last year is a valuable tool. “With the CV database we show that the players not only have a ‘sports DNA’, but also other qualities and skills,”Juhola said. “Previously, I had to go through my own contact list when I received an enquiry for a job. Now the database offers me many more possibilities to find the right person.

“This seminar gave me the confirmation that we are doing the right things. And I also noticed some new people at the seminar, which means that an increasing amount of unions are taking education very seriously and are appointing people to help players with their future careers”. Scotland’s Evans said that she encouraged players to look outside football. “It is about educating the players about who they are. Sitting down with them to ask them what they really want to do and what their qualities are. Too many players want to stay in the game, get their coaching badges and manage a team. We then warn them, that there are only 42 clubs in our country.”

FIFPro is also looking for more ways to prepare players for their life after football. Together with European ruling body UEFA, the international union recently announced a course to educate players about managing their finances.