The FIFA FIFPro World XI is the prestigious result of a players vote organised by FIFPro, the official representative of all professional footballers. FIFPro invited all players to compose a line-up with the game’s most outstanding performers of 2014 consisting of one goalkeeper, four defenders (regardless of position), three midfielders and three forwards. FIFPro and its affiliated player associations collected more than 23 thousand votes from 58 countries in total. Wherever the representatives of the world players’ union went, all professional footballers appeared to be engaged with the election, enjoying the possibility to select their best team consisting of their colleagues.

The following image is the result of the Swiss professional footballers vote. 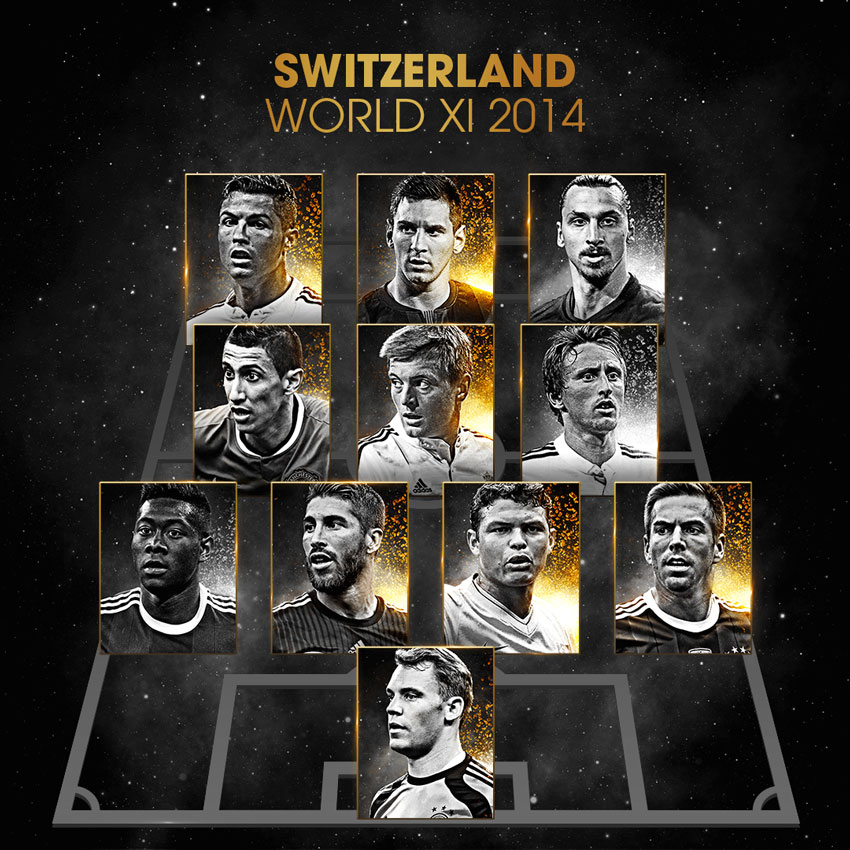