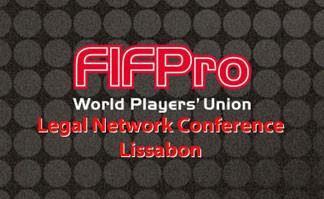 Insolvency in football is a situation with which professional footballers have, unfortunately, been increasingly confronted in recent years. With the current economic crisis accelerating financial problems, a growing number of clubs have found themselves in financial problems in recent years. Legally speaking, there are enormous differences in the protection that players and other employees enjoy when their employer goes into insolvency.

On Thursday 18 and Friday 19 April, FIFPro is organising a Legal Network Congress that will concentrate on Insolvency in football and the position of the player. This two-day conference will be held in Lisbon, Portugal.

FIFPro is calling for a thorough protection for all professional football players, anywhere in the world. That is, unfortunately, not the reality in the event of a club filing for bankruptcy; there are more than enough examples that highlight the enormous differences in the legal protection of the players in each country.

Spanish clubs, for example, had until recently made use of a loophole in Spanish legislation, which allowed them to make a new start after a bankruptcy without any disadvantageous sporting consequences. While players had to accept in silence that they would never receive a large part of their salary arrears from their club, that same club paid out millions of Euros for new players. In 2011, the Spanish government amended the legislation to bring an end to this undesirable practice.

Another example: under Romanian insolvency law, the players are obliged to fulfil their obligations under the contract. The National Agency of Fiscal Administration (ANAF) states that the rights of the sportsmen under contract with institutions that are in an insolvency procedure belong to ANAF and that any measure to be taken requires the approval of the fiscal authorities. Among others, the players of Politehnica Timisoara have fallen foul of this. Since September 2012, they are connected to a club that no longer exists, they have not received any salary for more than a year, and they find themselves in a hopeless situation because the tax authority considers them part of the effects  of the bankrupt club.

FIFPro will welcome speakers to Lisbon from all areas of the football world and speakers with an academic background to exchange information and ideas about the legal provisions and consequences with regard to Insolvency in football and the position of the player.

Wil van Megen, Head of FIFPro’s Legal Department, looks ahead: ‘It is good that almost all stakeholders in football are represented in an attempt to create greater clarity in this complex material. It indicates that the insolvency problem is recognised by all parties.’

‘Now that practice and theory are meeting together, we are expecting ideas to be put forward for improving the position of players and other officials of the clubs. Our preference is for solutions within confederations or at FIFA level.’